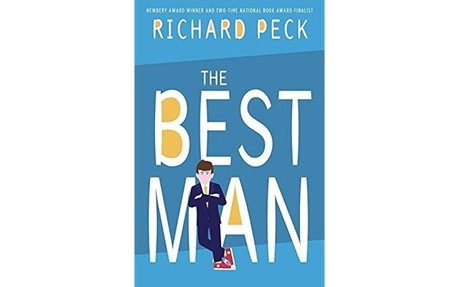 The Best Man by Richard Peck

What do four men, two weddings, split pants, and zany school adventures have in common? Archer Magill, that’s what. Archer isn’t too sure about the changes happening in his life, but he thinks that he can survive (maybe) with the role models surrounding him, two of which may just be at the center of one of those weddings. With humor and heart, the Best Man shows the importance of family, friends, and breaking through prejudices… but that gets ahead of the story. 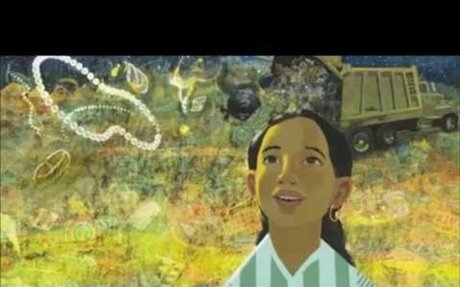 Imagine growing up on a landfill, with a fierce desire to play a musical instrument but unable to
purchase one. This is Ada Rios’s life, who grew up in the poorest town in South America – Cateura, Paraguay. With the help of the gancheros (recyclers), a young man named Favio Chavez reaches out to the community to begin building incredible instruments from items thrown away. The Recycled Orchestra now performs all over the world, to the delight of sold-out audiences. 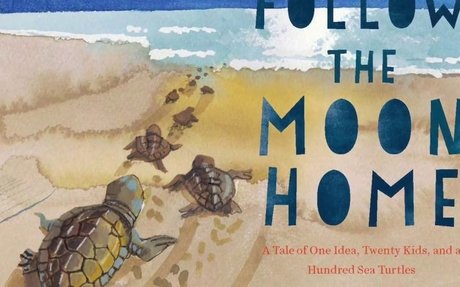 Never think you are too small or too young to do something important. After discovering baby
sea turtles, a group of children became eco activists to save what others see only as doomed. Phillipe Cousteau, grandson of famed oceanographer Jacques Cousteau, along with Deborah Hopkinson, show how anyone can do something, should they only try. 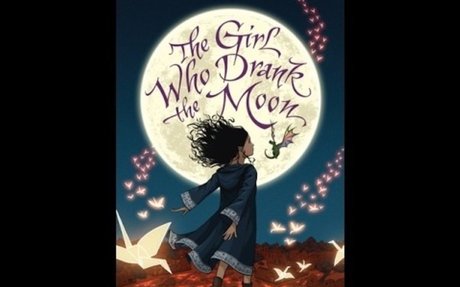 The Girl Who Drank the Moon by Kelly Barnhill

Did you know that if you feed a baby starlight, it grows up happy, shining and with a twinkle in its eye? However, if you accidentally let the baby eat some moonlight, then you’ll fill that ordinary baby with extraordinary magic... That’s what happened when Xan, a kind witch, rescued abandoned baby Luna. Luckily, Luna finds a home with Xan, the swamp monster Glerk, and Fyrian, a Perfectly Tiny Dragon. As her thirteenth birthday approaches, however, a series of new threats emerge, calling on Luna to protect all that she loves while wrestling with her own unpredictable magic. 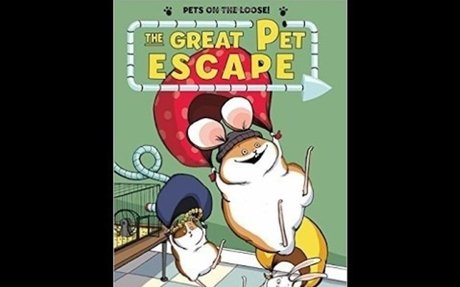 Have you ever wondered what your class pets are thinking? GW, a hamster in second grade, wants to escape; when his old friends reluctantly agree, he finds more obstacles than expected in the form of some seriously crazy mice. This graphic novel is sure to please fans of small rodents, food fights, and general after school mayhem. 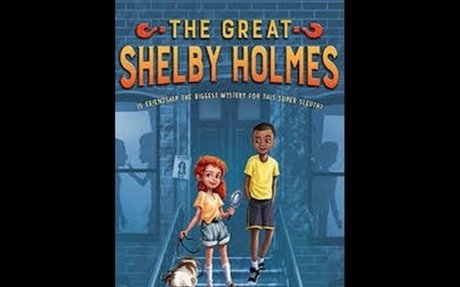 With his mother in the military, John Watson is used to moving and making new friends. However, he has never met anyone like Shelby Holmes, whom at age nine is already known around town for solving crimes. He also never expected to become involved in the disappearance of a prize-winning dog just days before the annual dog competition! Will John and Shelby be able to solve the case in time? 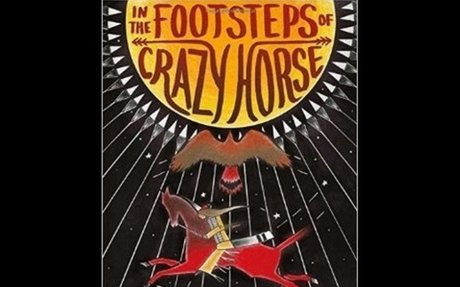 In the Footsteps of Crazy Horse by Joseph Marshall

Jimmy McLean, who is half white and half Lakota, is struggling to find where he belongs. When his grandfather offers to help by taking Jimmy on a trip retracing events in the life of a famous Lakota, Jimmy jumps at the chance. As he learns about Crazy Horse and visits the sites of important events in his life, he learns more about his grandfather, his Lakota bloodlines and ultimately himself. 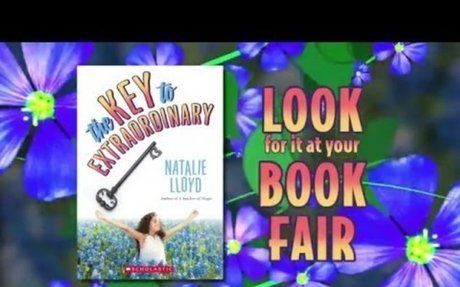 The Key to Extraordinary by Natalie Lloyd

Emma comes from a long line of extraordinary women who were destined for greatness: musicians, boxers, Revolutionary war spies, and scientists. Everyone is wondrous... everyone except for Emma. When Emma's destiny dream finally arrives, it takes her through an old cemetery, a treasure that may or may not be real, and a haunting song that comes from a ghost. To discover herself and save her family's Boneyard Cafe, Emma has to unlock the answer before it's too late. 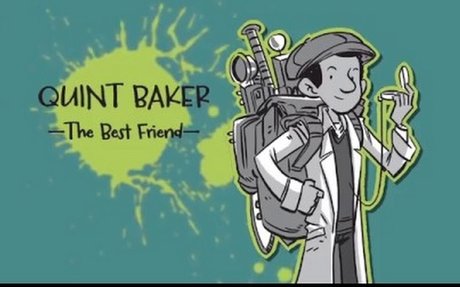 The Last Kids on Earth by Max Brallier

Mission: survive the monster apocalypse and, somehow, find and rescue the damsel in distress. This is Jack Sullivan’s new world; it involves a seriously awesome and wickedly armed tree house, his best friend, a reformed bully, and June, who may turn out not to be in distress after all. Oh, and Blarg. That’s the monster who wants to eat Jack. He’ll need all his wits, strength, and bravery to defeat Blarg and survive this new world, but luckily, he has a few tricks up his sleeve. 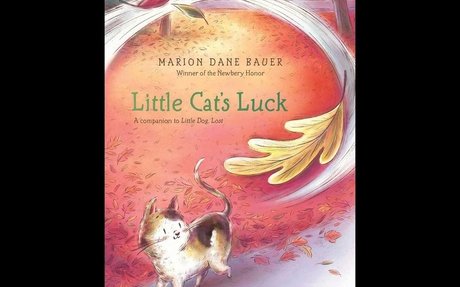 After chasing a falling leaf, Patches the cat wanders into the big world. This free verse story moves with Patches, jumping and rolling and twitching across the page. Follow in her pawprints as she discovers a whole wide world and, perhaps, some friends as well. 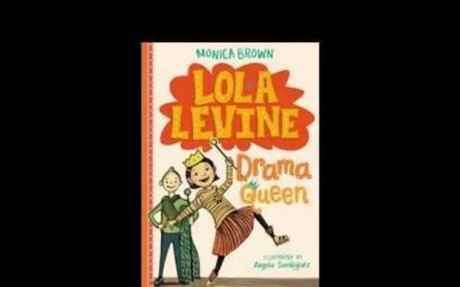 High-spirited wordsmith Lola Levine is excited about the school play. No one would expect the dramatic Lola to suddenly develop a bad case of stage fright! This breezy, upbeat chapter book with make you want to be friends with the bright and energetic half-Jewish, half-Peruvian girl who, with help from family and friends, finds that sí, se puede! 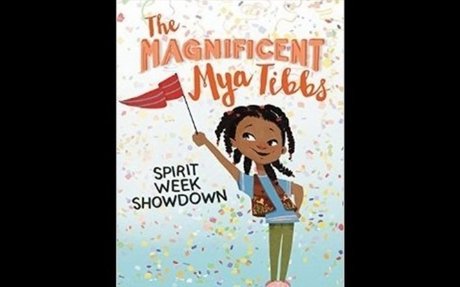 Friendship comes in many forms. Plucky Mya Tibbs is excited for the best week of the year: Spirit Week. Her goal is to win tickets to the Fall Festival but how can she when nothing is going right? Not only has Mya unintentionally broken her promise to her best friend, but she’s been paired with the school bully, Mean Connie Tate! With help from her loving family, will Mya make things right and win the valued tickets? 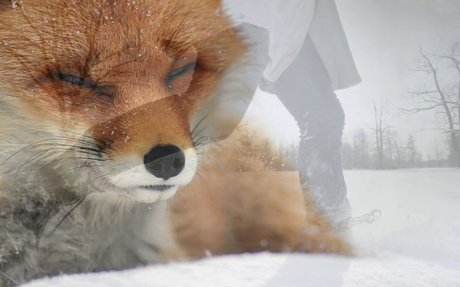 Jules and Sylvie. Sylvie and Jules. The two sisters were close as close can be. So when Sylvie disappears into thin air into the Vermont forest near their house and is presumed dead, Jules is left behind in grief and shock. Just then, a forest away, a shadow fox, Senna, is born and feels a special connection with the sad girl who lives at the end of the forest. Filled with magic, friends, and wishes, Jules and her friends go out on a journey to find answers that will touch the hearts of all. 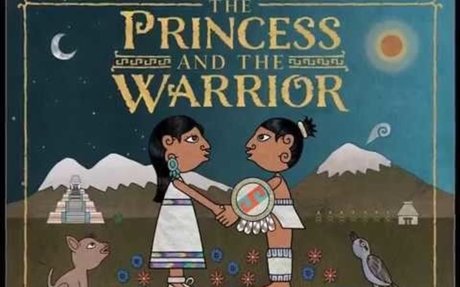 The Princess and the Warrior by Duncan Tonatiuh

After rejecting suitor after suitor, Princess Itza has fallen in love with the brave warrior Popoca. However, all is not safe in the kingdom; Princess Itza promises to wait for her love as he battles the treacherous Jaguar Claw. Although Popoca eventually defeats his enemy, he loses what is
closest to his heart. Tonatiuh reimagines the iconic Mexican legend of the two volcanoes Iztaccihuatl and Popocatepetl with stunning illustrations inspired by Mixtec codices. 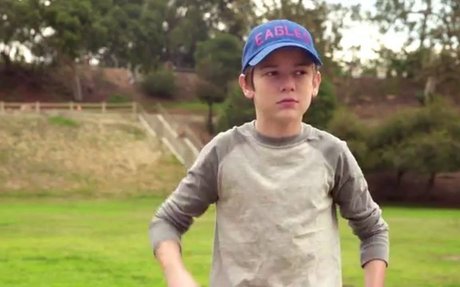 Jeremiah lives and breathes baseball, but a heart operation keeps him from playing. When his new community is devastated by a player's death and the ensuing scandal, Jeremiah is determined to save everything he has come to care about. No one really expected a twelve year old to turn to coaching, but that may be exactly what the team needs. Full of heart, Soar will take readers on a flight through the extraordinary. 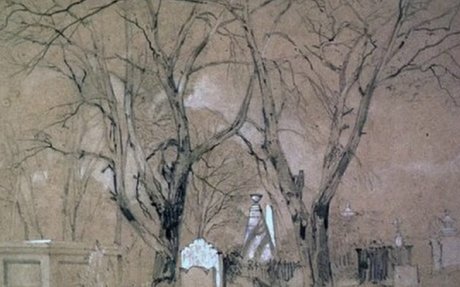 Some Kind of Courage by Dan Gemeinhart

After the tragic death of 12-year old Joseph Johnson’s family, he sets out on a hero-quest to get back his beloved Sarah, his father’s horse that was wrongfully sold to an evil man. Along the way Joseph encounters deadly animals, dangerous men, and the furies of nature that try to keep him from his mission. In this compelling story of endurance, Joseph will show the reader integrity, strength, determination, and how a young man stays true to his word. 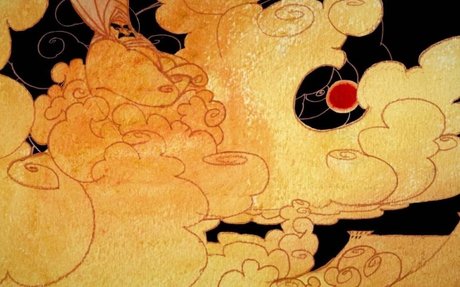 The Storyteller By Evan Turk

The old Moroccan saying goes “When a storyteller dies, a library burns.” Day after day, a young boy journeys to a fountain for water, where he learns the importance of storytelling from a mysterious old man. When a djinn threatens the thirsty kingdom, will the boy’s stories be enough to keep them from turning into desert? In this folktale, in the vein of Scheherazade, a boy learns the importance of storytelling and water conservation amid beautiful indigo illustrations on double-page spreads. A feast for the eyes as well as the heart 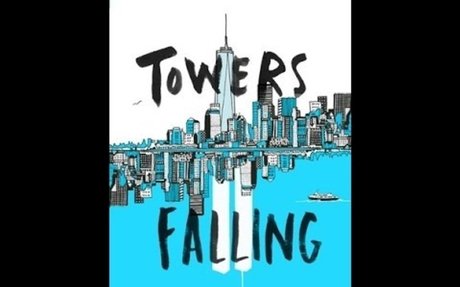 It is a secret that’s not a secret, something that happened but Deja can’t yet figure out. She’s tired of being kept in the dark, of not knowing why her father looks so tired when he stares at a blank sky. Journey along with Deja and her friends as they learn about the many faces of America, the history of the World Trade Center Tower, and grow in their understanding of family, home and community. 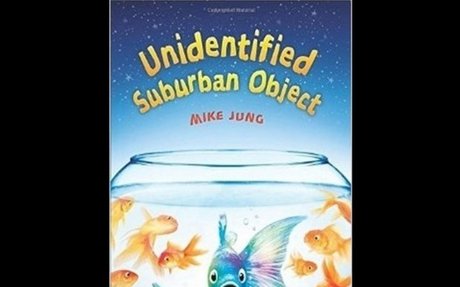 It’s hard to be the only Asian in school. And it isn’t any easier when your parents are ignoring their Korean background. When Chloe Cho decides to investigate further, what she finds is more than surprising: it is absolutely out of this world! Get ready to embark on a rollercoaster of twists and turns in this remarkable adventure. 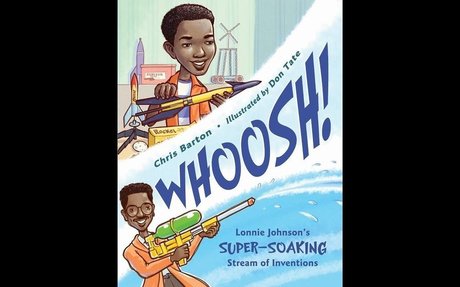 Despite a test telling him it wasn’t his strength, “Lonnie wanted to spend his life designing things, building things, and getting them to work.” Then one day, he accidentally invented the Super Soaker! From NASA engineer to toy inventor, Lonnie Johnson never gave up on his dreams and passions. In this biography, discover Lonnie Johnson’s undefeated determination, his many inventions, and be inspired to make a splash and follow your own dreams!