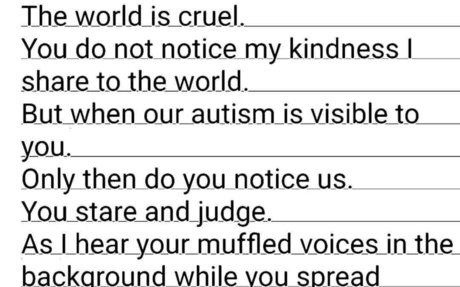 this poem is telling us as the cruel world autistic people have to go through. they show kindness and love but that is not seen visible by the eye of a person only when there autism is visible you see what you think the potential of that person not the other layers they can bring to society that go unnoticed. they judge people from who they are on the outside what they say or the autism tells other people and then people slowly judge and hate from what they fear as the unknown. Autism people hide their faces with masks this means they hid who they are on the inside and mask it with a different persona on the outside. the ending of the poem gives us an understanding of what mothers have to endure with their son being autistic but for them it doesn't matter how different, they are stronger and have the ability to accomplish life on the outside rather than living inside themselves. 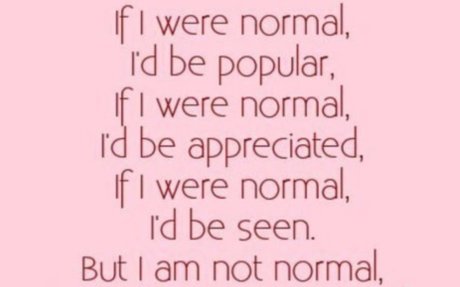 the poem is conveying the lifestyle compared to an autistic person and a normal person. if they weer normal they could be like everyone else in life and they would be more appreciated by the society that perceives them. they eventual understand that they are not normal, they do not have the benefits that comes with a normal person like popularity or appreciation, they have without many Friends and ignored in life. That is OK in the end because if you understand who you are and compared to being a normal person then it wouldn't be you and if i weren't me then who would i be as a person. 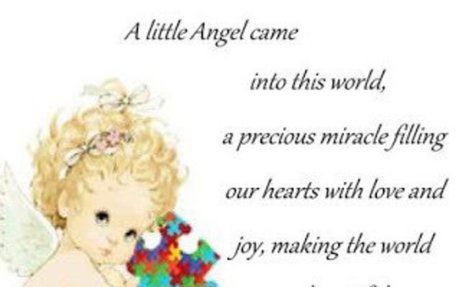 the poem "My angel with autism" is a description of a mother talking about her child with autism. The poem describes this miraculous little angel that came into this world, a precious miracle filling, a gift for the parents a special package for there lives and for them to open the surprise of a future that awaits and a filling that the whole world can enjoy. a joy making machine that gives and produces its own goods to provide the world with and to share what they have created, more beautiful than life itself, a present for the world to enjoy and to fill up. 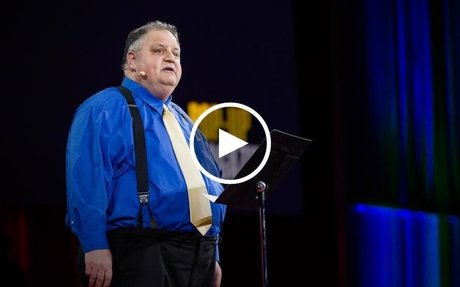 Decades ago, few pediatricians had heard of autism. In 1975, 1 in 5,000 kids was estimated to have it. Today, 1 in 68 is on the autism spectrum. What caused this steep rise?, millions of parents worldwide continue to fear that vaccines put their kids at risk for autism. [Seventy] years later, we're still catching up to Asperger, who believed that the "cure" for the most disabling aspects of autism is to be found in understanding teachers, accommodating employers, supportive communities, and parents who have faith in their children's potential. "We need all hands on deck to right the ship of humanity." As we sail into an uncertain future, we need every form of human intelligence on the planet working together to tackle the challenges that we face as a society. We can't afford to waste a brain.

Alix Generous: How I learned to communicate my inner life with Asperger's

Alix Generous is a young woman with a million and one ideas -- she's done award-winning science, helped develop new technology and tells a darn good joke (you'll see), She has Asperger's. Language is kind of exclusive to our species, anyway. she is bit more primitive, like a beta version of Google Translate. Not many places would hire her, due to my lack of social skills, which is why I applied to Waffle House. it can be viewed as a disadvantage, and sometimes it is a real pain in the butt, but it's also the opposite. It's a gift, and it allows her to think innovatively. One of the reasons she loves lucid dreaming is because it allows me to be free, without judgment, we give them the courage to pursue their dreams in the real world, in real time. 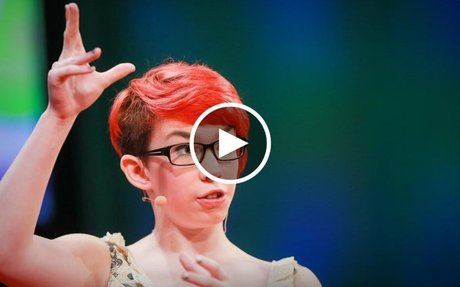 Rosie King: How autism freed me to be myself

“People are so afraid of variety that they try to fit everything into a tiny little box with a specific label,” says 16-year-old Rosie King, who is bold, brash and autistic. She wants to know. People tend to diagnose autism with really specific check-box descriptions, but in reality, it's a whole variation. People often associate autism with liking maths and science and nothing else, but I know so many autistic people who love being creative. But that is a stereotype, and the stereotypes of things are often, if not always, wrong. If we can't get inside the person's minds, no matter if they're autistic or not, instead of punishing anything that strays from normal, why not celebrate uniqueness and cheer every time someone unleashes their imagination? 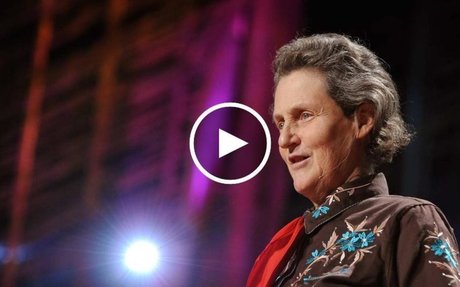 Temple Grandin: The world needs all kinds of minds

Temple Grandin, diagnosed with autism as a child, talks about how her mind works -- sharing her ability to "think in pictures," which helps her solve problems that neurotypical brains might miss. Autism is a very big continuum that goes from very severe — the child remains nonverbal — all the way up to brilliant scientists and engineers. And she actually feel at home here, because there's a lot of autism genetics. And the thing is, the normal brain ignores the details. Well, if you're building a bridge, details are pretty important because it'll fall down if you ignore the details. We've got to think about all these different kinds of minds, and we've got to absolutely work with these kind of minds, because we absolutely are going to need these kinds of people in the future. she was really upset about all the books being wrecked, because it was knowledge being destroyed. And server farms, or data centers, are great libraries of knowledge. 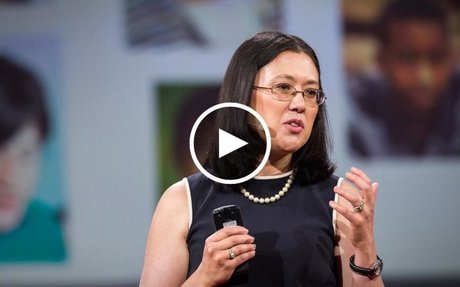 Wendy Chung: Autism — what we know (and what we don't know yet)

In this factual talk, geneticist Wendy Chung shares what we know about autism spectrum disorder — for example, that autism has multiple, perhaps interlocking, causes. Looking beyond the worry. "Why?" "Why?" is a question that parents ask me all the time. "Why did my child develop autism?" As a pediatrician, as a geneticist, as a researcher, we try and address that question. But autism is not a single condition. It's actually a spectrum of disorders, a spectrum that ranges, we have now started labeling individuals with autism, simply giving them a diagnosis when they were still present there before yet simply didn't have that label?. So I invite all of you to join the mission and to help to be able to make the lives of individuals with autism so much better and so much richer.