This research page talks about what the Flint Michigan water crisis was, how it could've been prevented, and how it compares to hydrology. 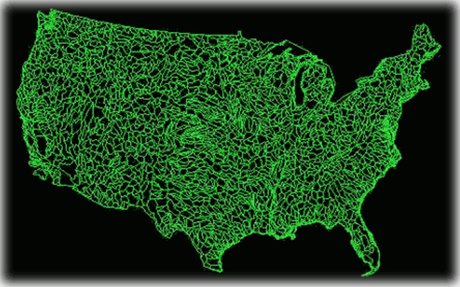 Watersheds are a huge part of the clean water cycle. A watershed is an area of land that drains all the streams and rainfall to a common outlet such as the outflow of a reservoir, mouth of a bay, or any point along a stream channel. The word watershed is sometimes used interchangeably with drainage basin or catchment. Ridges and hills that separate two watersheds are called the drainage divide. The watershed consists of surface water--lakes, streams, reservoirs, and wetlands--and all the underlying ground water. Larger watersheds contain many smaller watersheds. It all depends on the outflow point; all of the land that drains water to the outflow point is the watershed for that outflow spot. Watersheds are important because the streamflow and the water quality of a river are affected by humans. Happening in the land area "above" the river-outflow point. 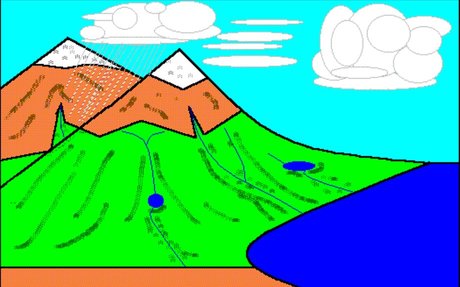 A Summary of the Hydrologic Cycle: bringing all the pieces together

The hydrology cycle is a process of how water gets from the atmosphere down until its drinking water. It begins with evaporation from the surface of the ocean. When the air is lifted by wind it cools and water vapor condenses into clouds. Moisture comes out of it and returns to the surface as precipitation. Once the precipitation reaches the ground two things could happen it could go back into the atmosphere or it could turn into ground water. Ground water could go back into the bodies of water or goes back into the atmosphere. Then run off which is unbalanced water levels or pollution goes back into streams, rivers, lakes, and oceans. That is the cycle. 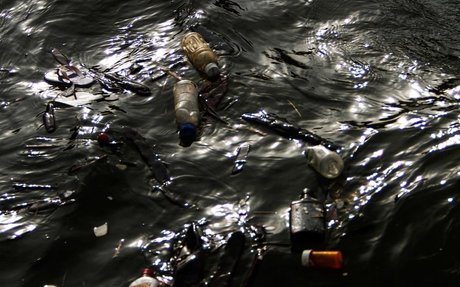 How the Flint River got so toxic

CWSC: The Center for Water Security and Cooperation

This could have been prevented. First, researchers confirmed that the high levels of lead found in the tap water of Flint homes resulted from poor water treatment. On July 19th , the American Chemical Society concluded in their Environmental Science and Technology Letters, that the majority of lead found in the water was by no orthophosphate treatment. Orthophosphates are chemical compounds derived from either the salt or ester of orthophosphoric acid. Most commonly, they are used in the water treatment process as a form of lead control in tap water. As an addition, orthophosphate essentially serves as a chemical, coating the pipes delivering drinking water to prevent the spreading of lead from the pipe.

Scientists from the University of Michigan, Ann Arbor, undoubtly confirmed that the use of orthophosphate in the drinking water treatment process could have prevented the health crisis and contamination of hundreds in Flint. The study’s lead scientist, Terri Olsen, an environmental chemist, stated that “the lack of orthophosphate in the water was to blame for the amounts of lead in the system.” Their research used a plasma mass spectrometer to study lead residue levels in Flint pipes, showing how much the effect of orthophosphates would have had in preventing lead spreading from the pipes into the water supply, had the water undergone proper treatment. 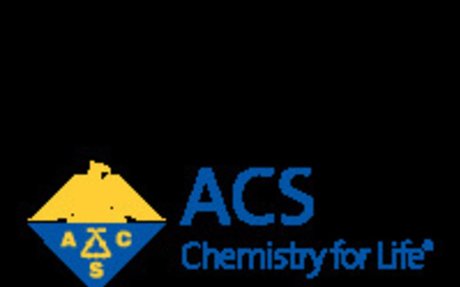 After city officials of Flint Michigan decided to have their water source changed, things took a turn for the worst. What happened was the city was building a new pipe line, so they needed a temporary solution for water so people could still drink it, shower, cook, and brush teeth, etc. The pipeline used was not very sterile, which caused lead to get into the water. This led to damage in children's still developing brains. No one could shower cook, drink water, or do anything that involved water from a pipe. People started noticing it when the water had a rustic color and had a foul odor. Factories could not clean the water because they were concerned about it corroding the factory.