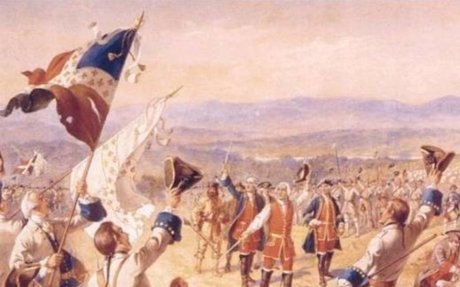 This battle is also known as Ticonderoga and it was fought on July 8, 1758. The
Montcalm's Troops won the battle. Montcalm the leader is waving his hat in the air (far right.) The far left men wave a banner to a group of soldiers. 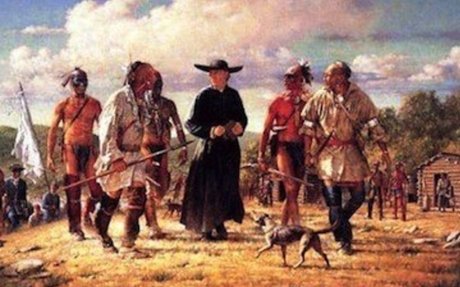 Here we have some Indians and a Iroquois (which is a group but in this case just a person who is connected to the Indians they are just from the north.) They are just talking they maybe talking about information the Iroquois got about other tribes. 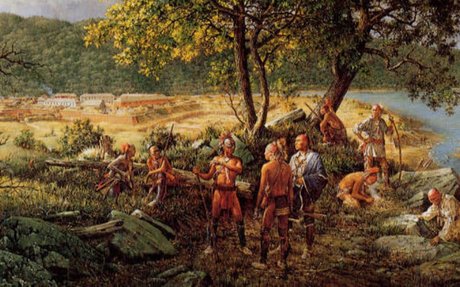 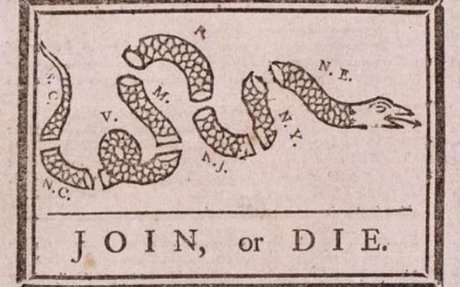 Benjamin Franklin sent this political carton out in a magazine on May 9, 1754. On this political cartoon it shows almost all the 13 colonies. The snake is split up into 8 segments. One of the segments is New England. The reason why Benjamin Franklin wanted to add New England was because he wanted to say that they should all work together including New England to defeat the French and Indians. This is important because it shows what type of person Benjamin Franklin was and what he wanted the world to look like. That's not the only reason why it was important I think that it made people look at how there was so much diversity between people and it made people look at it in a different way. 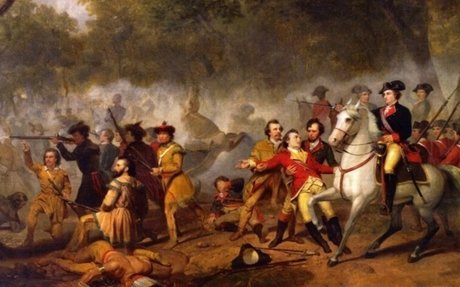 In this photo what was happening is the colonies and Britain were trying to attack some of the Indians and the french. As you can see there is a red coat which is the Colonies and the British one is being held by one French and the other one is not identified. 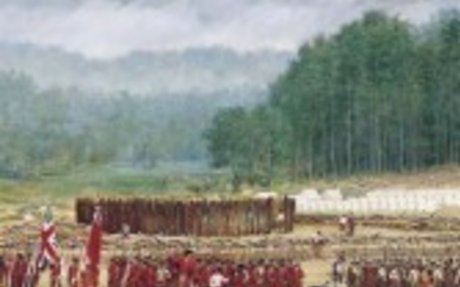 Guns of the Greatest Revolution Ever

George Washington at Fort Necessity in Fayette County, Pennsylvania, 1754. This was a storage house. They stored gunpowder, rum and flour. This was important photo because it shows what their land looked like and where they kept their supplies.