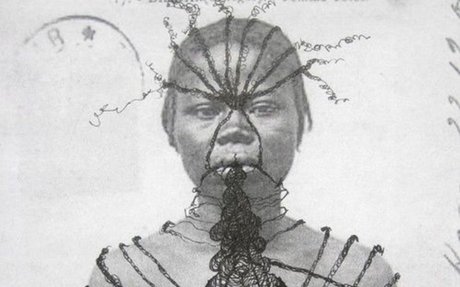 Paragraph 1- Kenyatta A.C. Hinkle is an visual artist, writer and performer. According to Wikipedia "Her practice fluctuates between collaborations and participatory projects with alternative gallery spaces within various communities to projects that are intimate and based upon her private experiences in relationship to historical events and contexts".Wikipedia also stated Hinkle was inspired by her mother that was an artist, but since they lived in the segregated South, she was unable to pursue it, of which Hinkle felt that her mother was robbed of Hinkle's mother enforced the idea of "powerful self-possession" into her, which is why Hinkle does not shy away from tough issues in the world. she studied painting at Maryland institute College of Art and writing at the California institute of the Arts. Hinkle was the youngest artist in the Made in LA Biennial. Her work, both performed and presented, has been featured in the Hammer Museum in Los Angeles, California, Project Row Houston in Houston, Texas, and The Studio Museum in Harlem in New York".