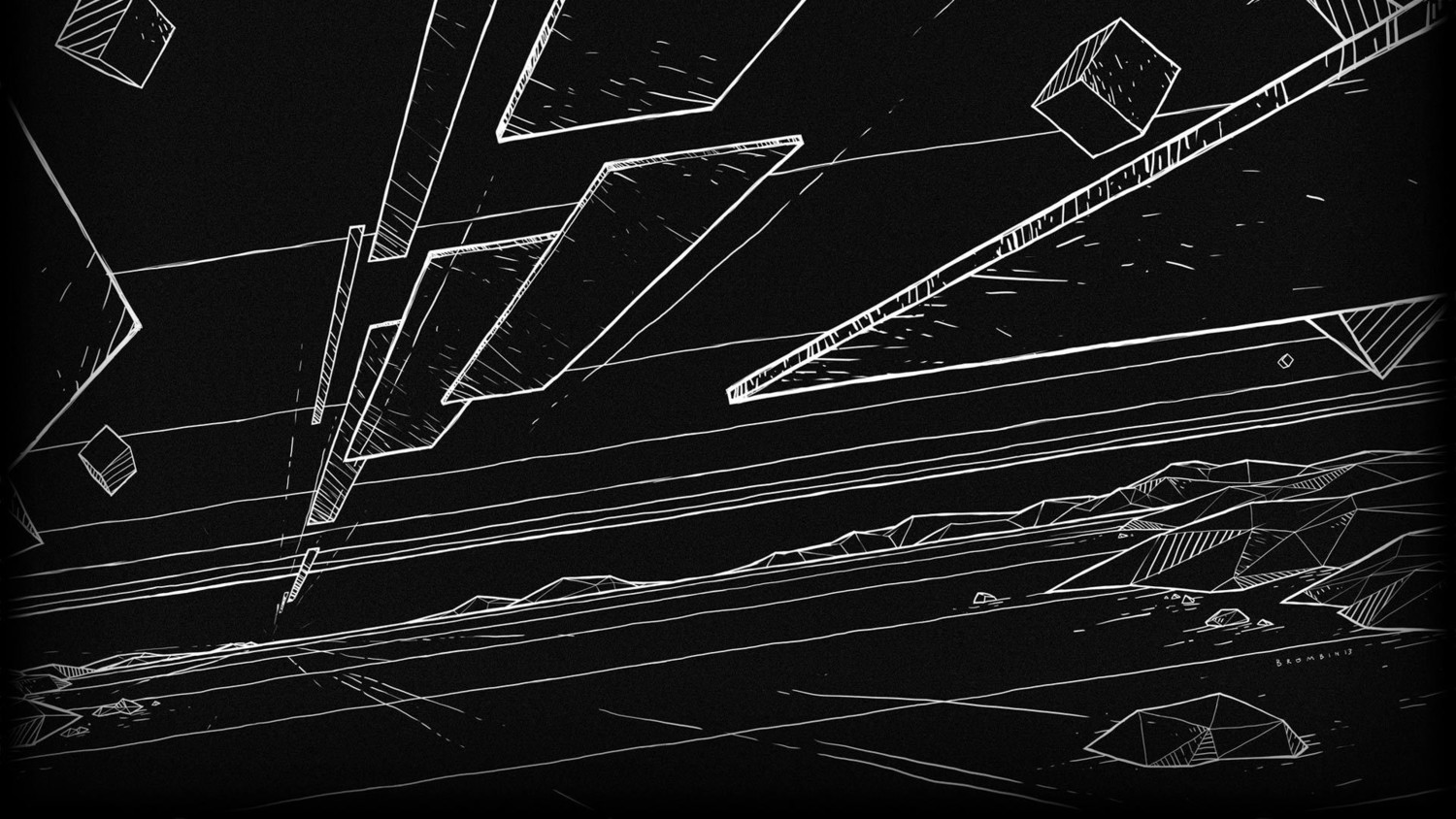 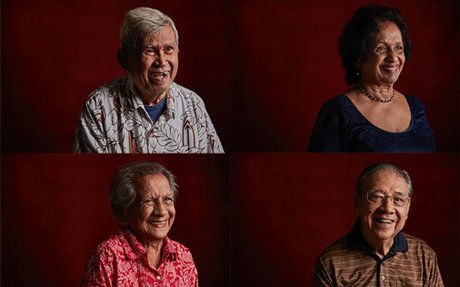 A Time to Remember

Q1.) What is this source all about? Give a description of this source.
A1.)When war reached Southeast Asia, Mr Gwee, then eight years old, was about to start Primary 2 at his school.Three or four days after the surrender, the Japanese chased Mr Gwee and his family out of the house and they took shelter near his father's friend's home near the Sultan Mosque after much wandering around. They wanted to return home but there was a Japanese sentry post on the road who arrested all the men that went past. Against the advice of his good friend, Mr Gwee's father brought them to a table at the post and shouted some Japanese words and showed some pictures of him and his former bosses." Mr Gwee's father had been under the employment of a Japanese company before the war started.

Q2.) Explain how this source is relevant to the aspect of life (emotional/psychological) you are focusing on.
A2.) The source shows the risks that families have to take to survive the Japanese Occupation and that they were extremely risky and could lead to the loss of life. It also shows how much parents strive to protect their families during the Japanese Occupation. 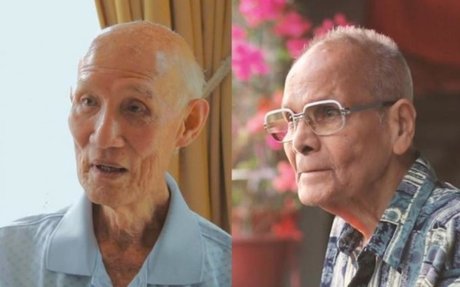 Q1.) What is this source all about? Give a description of this source.
A1.) These are personal recounts of Mr Tan Hwee Hock and Mr K. Nadarajah's experiences as teenagers during the Japanese Occupation. Mr Tan Hwee Hock was 13 when the Japanese invaded Singapore and recounts how he was 15 when he found work as a laboratory assistant to the Japanese who were doing scientific studies on metabolism. He mentions how every grain of rice from the rations was even more precious than his wages and that his father had turned their family garden into a plot for growing sweet potato and tapiocas, which they fertilised with their own urine.

This is a personal recount of Mr K. Nadarajah during the Japanese Occupation. Mr K. Nadarajah originated from Kuala Lipis but was moved to Singapore by the Japanese when the British surrendered. He recounts how Japanese soldiers armed with bayonet-attached rifles raided his house and arrested his father who was interrogated and tortured at the Central Police Station in South Bridge Road. His father soon fell ill and was admitted to Tan Tock Seng. His father was so badly beaten he could hardly sit up.

Q2.) Explain how this source is relevant to the aspect of life (emotional/psychological) you are focusing on.

A2.) In the videos and the recounts of both Mr Tan Hwee Hock and Mr K. Nadarajah mention family involvement and hardships and extra measures that families had to go through during the Japanese occupation. 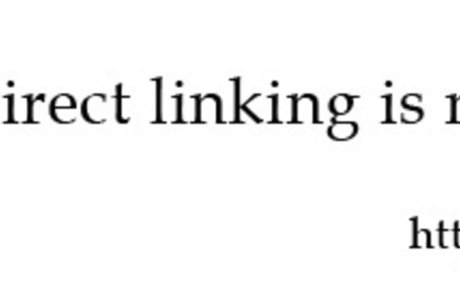 Q1.) What is this source all about? Give a description of this source.
A1.) These are personal recounts of Dr Lim Whye Geok and Mrs Leow Oon Geok, son and daughter respectively of the late war hero, Lim Bo Seng. Mrs Leow Oon Geok was 13 when her father passed on, so her memories of her father were more vivid than Dr Lim’s, who was only four at that time. Mrs Leow Oon Geok recounted her father would leave the house and only return late at night and Dr Lim also recounted that their father was not with them before the fall of Singapore. He was actively involved in the cause and the British wanted him to recruit volunteers. Both Dr Lim Whye Geok and Mrs Leow Oon Geok recounted their father telling them to leave the family home. On the night when their neighbour’s house was shelled, they went to stay in the family office in Telok Ayer Street. They also stayed in Tan Tock Seng hospital.
Q2.) Explain how this source is relevant to the aspect of life (emotional/psychological) you are focusing on.

A2.) In the recount of Lim Bo Seng's children, it focuses on family and the consequences of being a part of the anti-Japanese movement. It also gives insight into the safety measures and precautions that have to be made to protect loved ones such as family members. 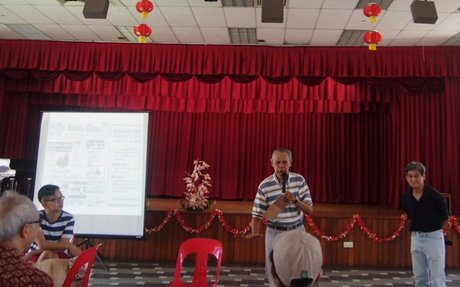 Q1.) What is this source all about? Give a description of this source.
A1.) A group of WWII survivors recount their trials and tribulations under the Japanese Occupation. One of the survivors also recounted, with a wry smile, how as a young boy, he was sensible enough to obediently don his clothes, pick up his shoes and sit by the door, so his mother could lead him out of the apartment whenever the air-raid siren went off. He, and other residents, would scurry to seek shelter in the sandbag-padded stairways of their Tiong Bahru blocks, whenever the air-raid siren sounded. Many survivors also recounted deep personal losses. Mary proudly paid tribute to her father, Mr Callistus Raymond Pereira, who joined the Straits Settlement Volunteer Force to defend Singapore when the threat of war grew close. He was called to serve at the Beach Road area after the Japanese blitzed the area the day before. Unfortunately, the area was bombed again, and he was fatally hit by shrapnel.
Many survivors also recounted encounters with Japanese soldiers . On 3 March 1942, Japanese soldiers dragged Donald’s father from their home, tortured him and then chucked him out on the streets, naked. Thankfully, a kind rickshaw puller brought him back to Tiong Bahru, to his family, shaken and scarred.

Q2.) Explain how this source is relevant to the aspect of life (emotional/psychological) you are focusing on.
A2.) The source focuses largely on how families struggled to survive together during the Japanese Occupation and how obedience could lead to either life or death. It also talked about how easy it was to lose family members during the Japanese Occupation and that it was also a time of heartache.