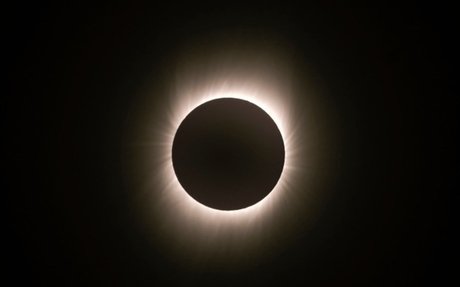 There will be no more total solar eclipses in about 600 million years, scientists say. Because of the moon’s slowly increasing orbit, NASA believes the moon will have moved far enough away from Earth in that timeframe that it will no longer be big enough to entirely cover the sun. “It will be too small in the sky,”
I wanted to share this website because this very interesting details 4 facts about this eclipse will happen as specific. 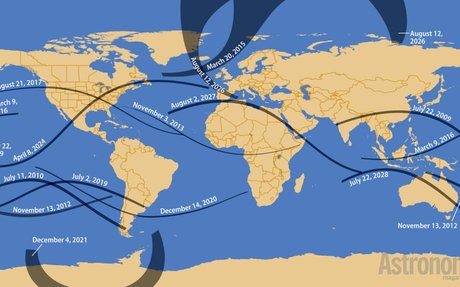 Level up your eclipse trivia knowledge with these 25 facts about the August 2017 total solar eclipse. I found this website that shows map that eclipse happened from past and to future as marked black curves lines. 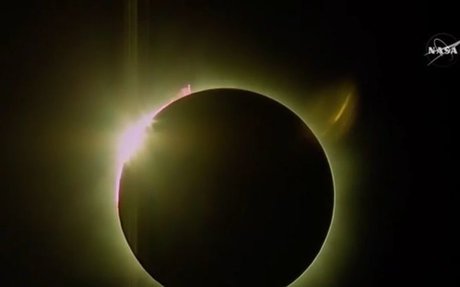 6 weird things that happen during an eclipse 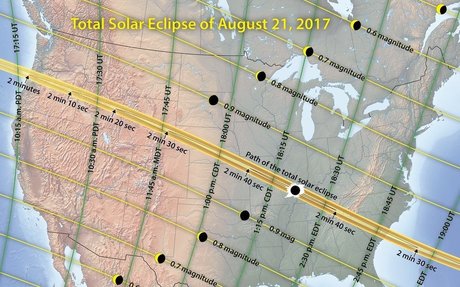 Total Solar Eclipse 2017: When, Where and How to See It (Safely)

On Aug. 21, 2017, a total solar eclipse will darken the skies from Oregon to South Carolina. Here's what you need to know about this rare celestial show. I like to share that website because I can show you guys that where eclipse 2017 will seen on U.S and tells how duration time.