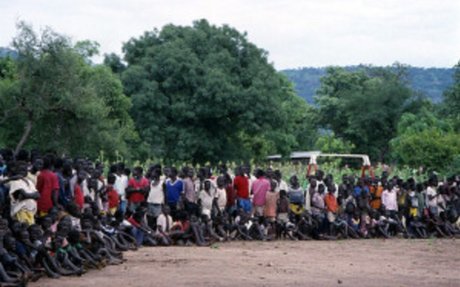 A Case for Refugee Resilience: Reflection on the Lost Boys’ Story of Perseverance

The Lost Boys drew global media attention that engendered political and public support for the peace process in Sudan and ultimately facilitated the resettlement of nearly 4,000 of them in the United States. The 21-year civil war in Sudan, which ended in 2005, killed more than 2 million people and displaced at least 4 million. Among the displaced were over 20,000 unaccompanied children who were separated from their parents and forced to leave their villages for fear of being targeted and killed as part of the annihilation of the dominant patriarchal societies in South Sudan. The survivors of this group, who walked barefoot more than a thousand miles across international borders, became known as the “Lost Boys.”Unlike other immigrants who may be drawn by pull factors to leave their homes, refugees are forced by push factors. The Lost Boys were pushed by the civil war and a well-founded fear of persecution. 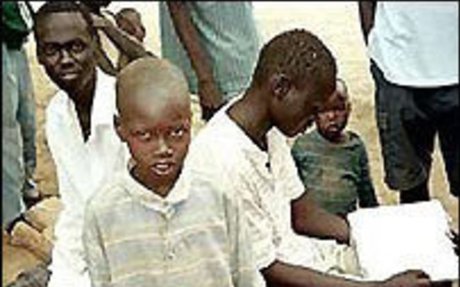 Orphaned youngsters, they fled their villages in Sudan in the 1980s, afraid they would be slaughtered as many of their families were by government troops. The lost boys - so called because they had to fend for themselves without parents or elders - set out on an extraordinary journey across Africa that took them to Ethiopia, back to Sudan and to refugee camps in Kenya. They Lost Boys have had a few of them sent to America and it gives the boys the comfort that they are safe. 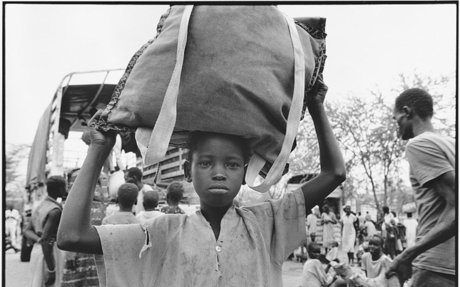 The Lost Boys of Sudan represent a group of refugees with a unique story of struggle and survival. Despite being torn from their families by civil war as young boys, forced to survive with only each other. This Civil war in Sudan has taken their families as their mothers, sisters, grandmothers, and aunts were kidnapped and forced into slavery. Their fathers, brothers, grandfathers, and uncles were murdered to keep from rebelling to protect their families and fellow Sudanese people against the North whom was attacking them. These boys were forced to flee their homes, hand in hand, and walk for thousands of miles over a period of a few months to reach resettlement camps on the border of Kenya. 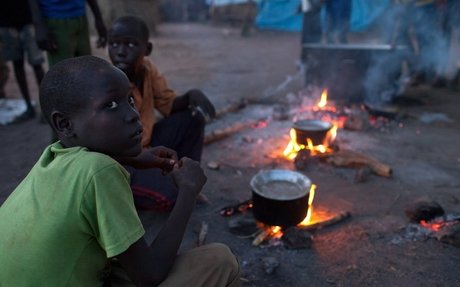 Sudan’s Lost Boys Are Drawn Into War at Home

South Sudan’s Lost Boys, who had escaped the violence in their homeland only to be drawn back, are trying to survive the crisis that is threatening to tear their new country apart. These people are now struggling with finding there parents and the increasing terror leaving some of the Lost Boys haunted or sometimes not even remembering what there own parents look like. More and more waves of new Lost Boys not just the boys from a couple years ago. This is causing problems and causing less resources to be able to be reached to the refugees. 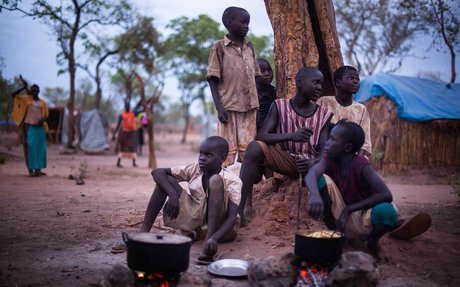 The Lost Boys of Sudan; The Long, Long, Long Road to Fargo

In January, a 21-year-old named Peter Dut led his two teenage brothers through the brightly lighted corridors of the Minneapolis airport, trying to mask his confusion. These boys share there experience with people trying to telling people that there are people struggling in Sudan and back at the refugee camp. These boys have experienced seeing there brothers and friends die and suffer. They have run from the Sudan government due to the civil war that almost put them to death. Though it has been a struggle for the boys to leave there friends and move to a new country with a new culture. The Lost Boys still try and know that there life is hard but it is a free life. 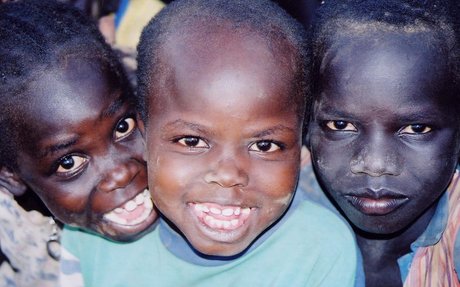 The Lost Boys of Sudan

Sudan’s civil war uprooted 20,000 Sudanese children, they are known as the Lost Boys. Most of the Lost Boys were children and they walked thousands of miles to Ethiopia and then to a refugee camp (Kakuma refugee camp) in Kenya. The refugee camp offered education programs but it is not enough for the Lost Boys. The United Nations decided to resettle about 3,600 of the Lost Boys in the United States. Though it was a struggle at first they Lost Boys made their way through America and many decided to go to collage to support themselves. Many of the lost boys now attain U.S. citizenship and adapted to the U.S. In 2005 there was a peace agreement between North and South Sudan but political tensions remained and South Sudan is now facing a humanitarian catastrophe and an upsurge of violence between ethnic groups leaving the Lost boys with returning home to a new war.