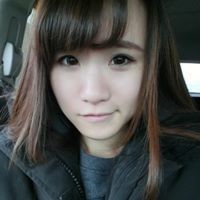 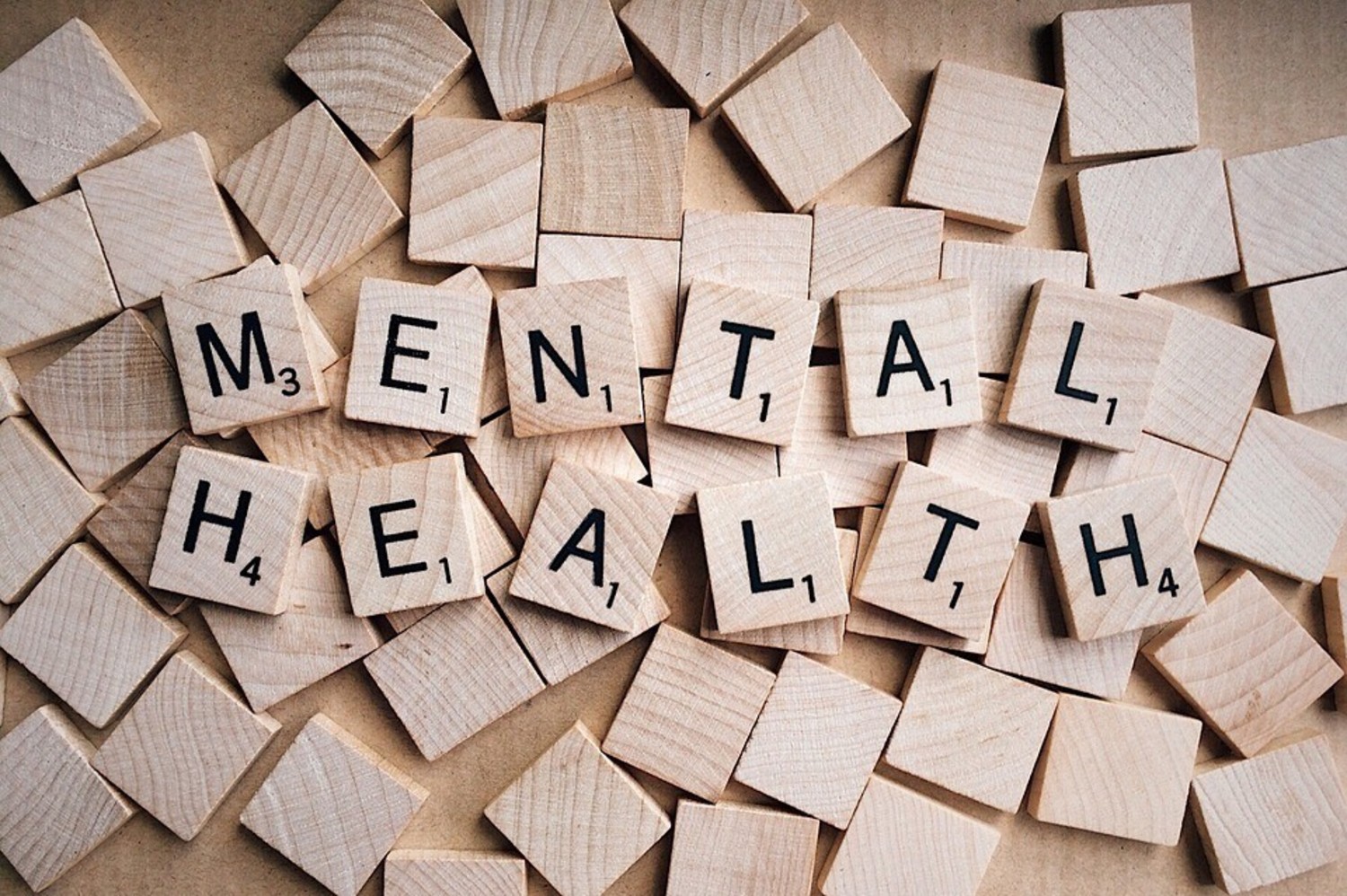 Inside Out - Memory and Experience Shape Who We Are

What are the five basic emotions? How do they resonate our body energies, motivate our social interactions and stimulate our mental processes throughout the course of our lives? From the perspective of a young girl, Riley, this movie tries to explore how the five personified emotions - sadness, fear, anger, disgust and joy - work together to help her to adjust to the new surroundings, thus attempts to explain what the most vivid memories and experiences say about a person.
The movie received multiple awards in 2015, including the Golden Globe Award.
核心记忆，个性小岛，抽象空间，造梦制片厂，潜意识监狱，遗忘深渊... 当有天我们会为快乐的回忆流下眼泪，那种笑中有泪的感觉就是成长啊。 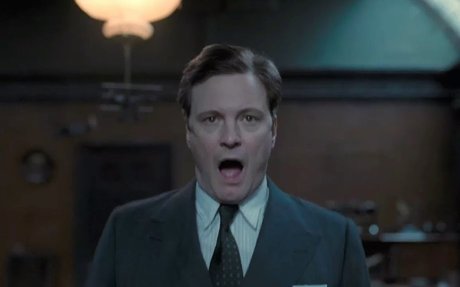 The King's Speech - Overcoming Your Anxiety Disorder and Your Social Phobia

Based on the true story of King George VI,
the movie tells how George VI worked together with an Australian speech and language therapist to confront his childhood trauma and finally overcame his social phobia and the crippling speech impediment. The movie won seven British Academy Film Rewards and four Academy Awards. This Youtube video uses the scenes from the film to clarify the diagnosis, intervention and treatment of social phobia/social anxiety disorder with reference to DSM-5 (The Diagnostic and Statistical Manual of Mental Disorders, Fifth Edition).
有些事实是那么真切地在告诉你，人无完人。唯有战胜心魔，方能柳暗花明。 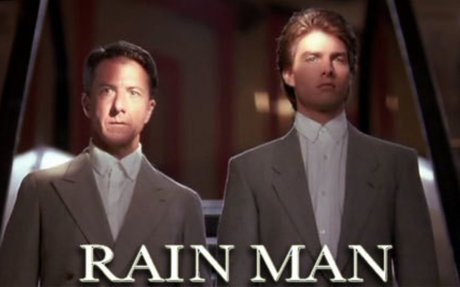 Based on the true story of Kim Peek, the movie tells how Charlie Babbitt (Tom Cruise) got to know and interacted with Raymond (Dustin Hoffman), an autistic savant. As a movie made in 1988, it described a person with Autism and savant syndrome, which is a very rare condition. Classified by the DSM-5 as neurodevelopmental disorders, individuals diagnosed with autism spectrum disorder present with two types of symptoms: problems in social communication and social interaction, and restricted, repetitive patterns of behavior, interests or activities. On the other hand, although people with savant syndrome suffer from significant mental disabilities, but they demonstrate certain abilities far in excess of average, which may include rapid calculation, artistic ability, map making, or musical ability.
生活在自己的世界里，也可以让周围的人显得可笑和渺小。 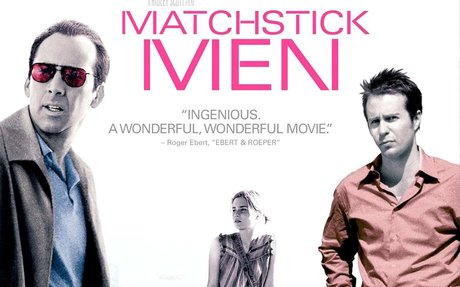 Stars Nicolas Cage as Roy Waller, a con artist residing in Los Angeles with severe tourette's syndrome and obsessive-compulsive disorder, the movie describes OCD as a mental disorder where people feel the need to check things repeatedly, perform certain routines repeatedly (defined as "rituals" in DSM-5), or have certain thoughts repeatedly (defined as "obsessions"). Roy Waller was unable to control either the thoughts or the activities for more than a short period of time, include repetitive hand washing, counting of things, and checking to see if a door is locked. Even though he realized his behaviors do not make sense, he spent hours to repeat them. 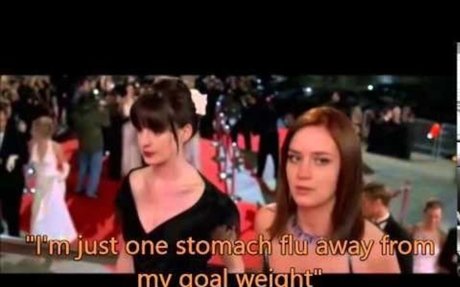 The Devil Wears Prada - Why are Girls More Affected by Eating Disorders?

Based on Lauren Weisberger's 2003 novel of the same name, The Devil Wears Prada stars Meryl Streep, Anne Hathaway and Emily Blunt to tell a story about a college graduate who goes to New York City to lands a job in the fashion industry. In this movie, Emily describes her weight loss plan as “I don’t eat anything. And when I feel I’m about to faint, I eat a cube of cheese. I’m just one stomach flu away from my goal weight.” To survive in the modern society, girls are trying to be more slim to fit a size 00 dress at any cost, including "on the edge of anorexia". Although the causes of eating disorders is not clear, the statistics of eating disorders and anorexia are shocking. Reports showed that at least 30 million people of all ages and genders suffer from an eating disorder in the U.S., while an estimated 0.5 to 3.7 percent of women suffer from anorexia at some point in their lifetime. Researches also suggest that 33-50% of anorexia patients have a comorbid mood disorder, such as depression. It even has the highest death rate of any psychiatric illness; without treatment, up to 20% of people with serious eating disorders die. 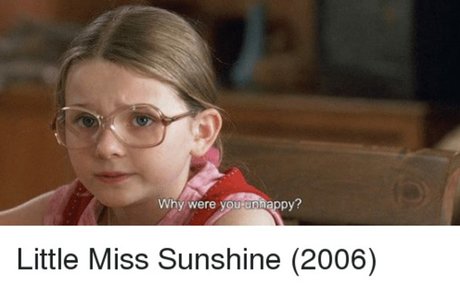 In the movie of Little Miss Sunshine, the whole family of Faris, with the exception of Olive Fairs, the youngest daughter, all of the other family members struggle with some form of depression or psychological disorder. For example, the father, Richard, suffers from narcissistic personality disorder which characterized by exaggerated feelings of self-importance, an excessive need for admiration, and a lack of understanding of others' feelings. Uncle Frank, on the other hand, suffers from major depressive disorder after serious suicide attempts. This movie was nominated for four Academy Awards in 2006 and won two. It also won the Independent Spirit Award for Best Feature and received numerous other accolades.
“你知道马塞尔布鲁斯特吗？法国作家，彻头彻脑的失败者。从没有过一份真正的工作。得不到回报的单相思，同性恋。花了二十年来写一本书，几乎没有人读。但他也可能是莎士比亚之后最伟大的作家。不管怎样，到了生命的最后时刻他回首往事，审视从前所有痛苦的时光，觉得痛苦的日子才是他生命中最好的日子，因为那些日子塑造了他。那些开心的年头呢？你知道啦，什么都没学到而彻底浪费啦。” 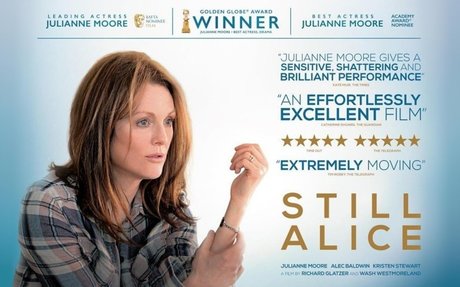 Still Alice - The Alzheimer's Disease is an Eraser in My Head

Based on Lisa Genova's 2007 bestselling novel of the same name, Still Alice stars Julianne Moore as Alice Howland, a cognitive psychology professor at Harvard and a world-renowned linguistics expert, who diagnosed with early-onset Alzheimer's disease shortly after her 50th birthday. The movie accurately captures the signs and symptoms of Alzheimer's, including short-term memory loss, problems with language, disorientation and not managing self care. The movie also puts an emphasize on the facts that the causes of the disease is still poorly understood and there is no treatment could stop or reverse its progression now. 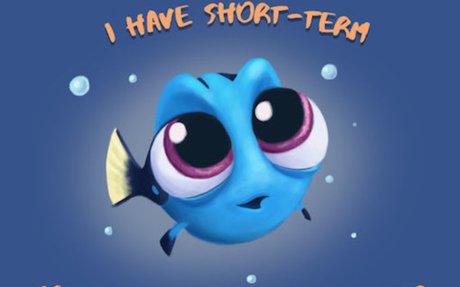 Finding Dory - What Do We Know about Amnesia?

Focusing on a cute blue tang fish, Dory, who suffers from anterograde amnesia (the inability to form new memories, known as short-term memory loss), this movies tells a story about how she tries very hard to find her way back to her long-lost parents. Upon release, the film was well-received by critics, and grossed over $1 billion worldwide, while setting numerous box office records. It won the Academy Award for Best Animated Feature in 2016, and more than 20 other awards in 2017. Its Instagram account now has 329.7k Followers, 9 Following, and 166 Posts (@pixarfindingdory).
“最美好的事情总是偶然发生，”还有“只要用心什么事情都可以做到，也忘不掉。” 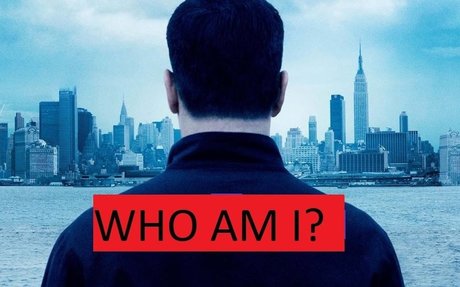 How Accurate are the Movies About Amnesia?

The scientists have identified two main types of amnesia: retrograde amnesia and anterograde amnesia. Retrograde amnesia is the inability to retrieve information that was acquired and stored before a particular date, usually the date of an accident, an injury or the onset of a disease. Anterograde amnesia is the inability to form new memories, the incompetence to transfer the short-term memory into the kong-term memory. In this New York Times article, Richard Perez-Pena commented on Hollywood's 'silly' and 'inaccurate' portrayals of amnesia; and medical experts David A. Hovda and Yehuda Ben-Yishay commented on the movie industry's 'obvious ignorance' about the scientific credibility. 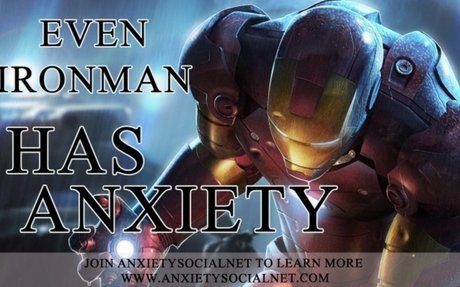 The movie shows how Tony Stark, the Iron Man, was having panic attacks due to his experiences during the alien invasion and subsequent Battle of New York. He could barely sleep, refused to discuss anything about the New York align invasion, and has built dozens of Iron Man suits restlessly. Despite all this, he was reexperiencing the the New York align invasion and having panic attacks whenever he thinks about it. All these specific trauma-related symptoms, including his avoidance of trauma-related thoughts and emotions, and discussion of the traumatic event, the recurrent recollections/reexperiencing, and nightmares that cause distress and interfere with his ability to function, indicate he is suffering from PTSD that really needs treatments. 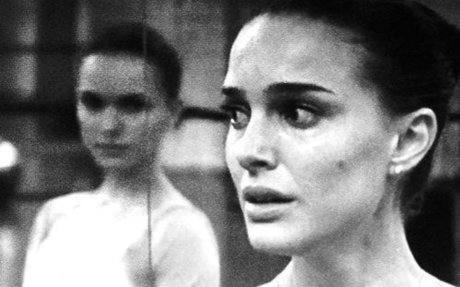 Stared by Natalie Portman, this movie dug deeper into a person who lost herself with several psychotic episodes. It presents how psychosis is different from schizophrenia, describes the triggers of psychosis, including childhood trauma and extreme stress, as well as its symptoms like self-harm, hallucination, depersonalization and derealization. The film received five Academy Awards in 2010.
"The only person standing in your way is you. It's time to let her go. Lose yourself." - Thomas Leroy 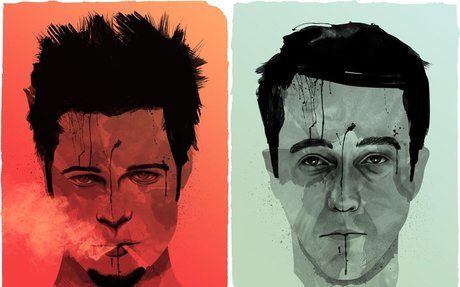 Based on Chuck Palahniuk's 1996 novel of the same name, Fight Club stars Brad Pitt and Edward Norton, which becomes embroiled in a relationship and plans to erase their debt by destroying buildings that contain credit card companies' records. The movie reveals that they are dissociated personalities in the same body, that although the narrator tries to combat dissociated symptoms in a number of ways, he is still suffering from insomnia, anxiety, and depression. Referring back to DSM-5, the movie includes some DID symptoms like "the presence of two or more distinct personality states" accompanied by the inability to recall personal information, a loss of identity as "related to individual distinct personality states", and loss referring to time, sense of self and consciousness.
“在我想象中的未来里，你在洛克菲勒废墟构成的峡谷中猎麋；你沿着Sears大厦外面的爬藤向上攀岩；你向下望，在地面舂米的人非常非常渺小；还有人在废弃的高速路上晒着鹿肉条。” 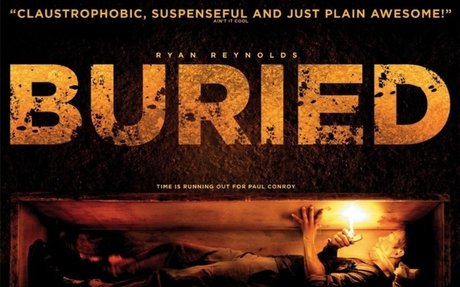 Phobias - 12 Movies That Will Make You Feel Claustrophobic

A phobia is a type of anxiety disorder, defined by a persistent fear of an object or situation. The affected person will go to great lengths to avoid the situation or object, typically to a degree greater than the actual danger posed. Symptoms of having a specific phobia often include uncomfortable and terrifying feelings of anxiety: a feeling of imminent danger or doom, the need to escape, heart palpitations, sweating, trembling, shortness of breath, even chest pain or discomfort. This news post from screenrant.com mainly focuses on claustrophobia, or the fear of being enclosed in a small space or room and unable to escape, explains triggers, symptoms and causes of claustrophobia. If the thought of being trapped in a confined space leaves you gasping for breath, then these 15 anxiety-ridden movies should be avoided at all costs. 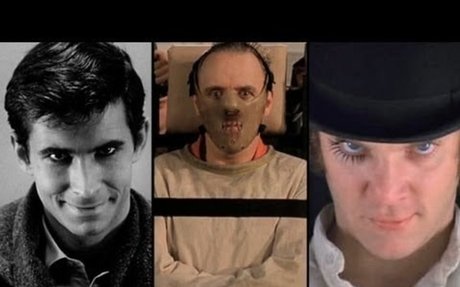 Why Psychopaths are Inexplicably Attractive in the Movies— Antisocial personality disorder

Characterized by persistent antisocial behavior, impaired empathy, impaired remorse, bold, disinhibited, and egotistical traits, psychopathy is defined as a personality disorder. People with this illness may seem charming on the surface, but they are likely to be irritable and aggressive as well as irresponsible. They may have numerous somatic complaints and perhaps attempt suicide. Due to their manipulative tendencies, it is difficult to tell whether they are lying or telling the truth. The reason why there are more movies about male psychopaths than female psychopath is because antisocial personality disorder is much more common in males than in females; the highest prevalence of antisocial personality disorder is found among males who abuse alcohol or drugs or who are in prisons or other forensic settings. in this article, Chris Weller talked about a Belgian psychiatry professor, Samuel Leisted, who watched more than 400 movies about psychopaths and antisocial personality to find out which movie characters embodied psychopathic traits best. 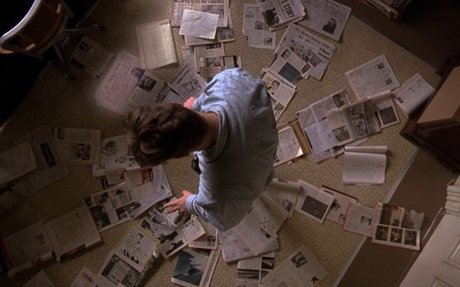 A Beautiful Mind - A Genius with Schizophrenia

Based on the true story of John Nash, this movie correctly captured the daily lives of a schizophrenia patient. it includes both the symptoms like delusions, hallucinations, and disorganized thinking and speech, and the negative impact on everyday life such as social withdrawal and Irritability. The movie won four Awards at the 74th Academy Awards in 2002.

“Imagine if you suddenly learned that the people, the places, the moments most important to you were not gone, not dead, but worse, had never been. What kind of hell would that be?" - Dr. Rosen.