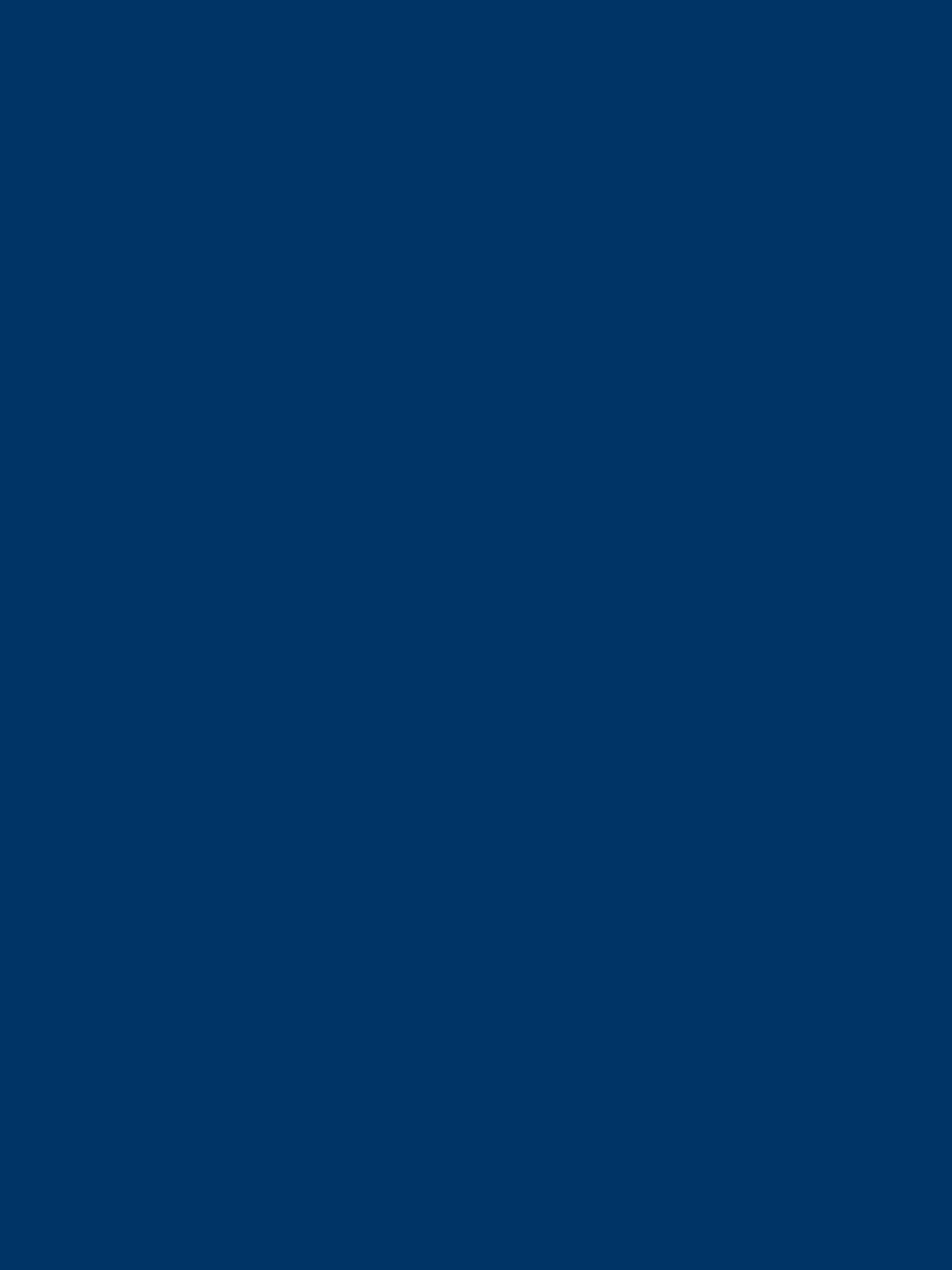 Was Stalin a Saviour of the USSR?

To what extend did Stalin's leadership DEVASTATE the Soviet Union? He had taken a lot of actions ever since he became the supreme leader of the USSR, so did these BENEFIT or HARM Russia in overall? 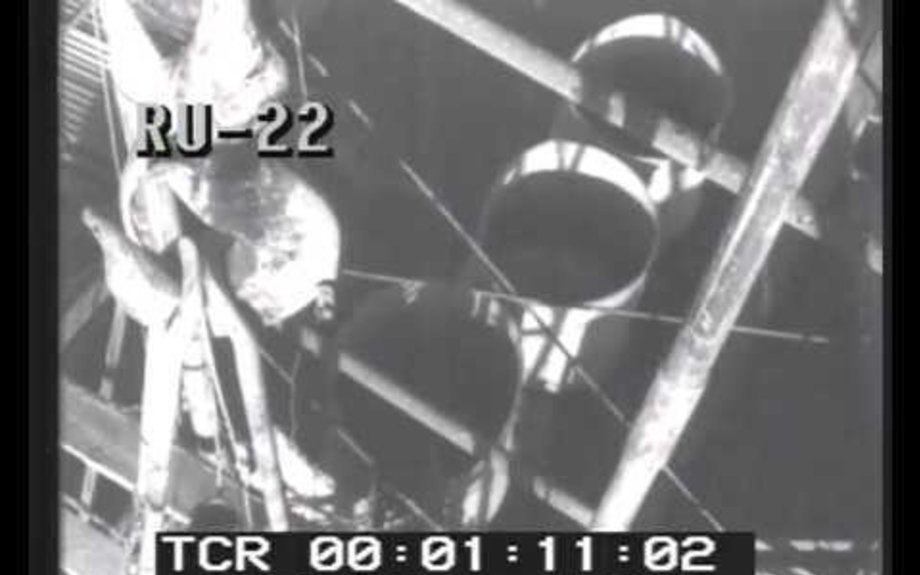 This video proved that under Stalin's leadership, plans for economic development began. This was part of the Five-Year Plans.The First Five-Year Plan called for rapid industrialisation of the economy, with particular emphasis on heavy industry. It can be seen from the video that: workers were, most probably, producing equipment, crafting new mechanisms and working on developing the trains.

I chose this source because it clearly showed that Stalin was committed to the FIve-Year Plan and that rapid industrialisation was very effective. The workers (in the video) are seen to be working to produce large numbers of equipment, mechanisms, factories, which depicts that the USSR's industries and economy is growing. Coupled with the evidence from the video, it has proved that Stalin's dictatorship has effectively expanded the industry, transport and power supply.

Hence, since equipment, jobs, mechanisms, factories have been produced with the cooperation of the workers, the industrial workforce has been expanded, the economy is boosted and that Stalin developed Russia into an industralised and modern country, it is clear that Stalin had benefitted the USSR in terms of economic impact. 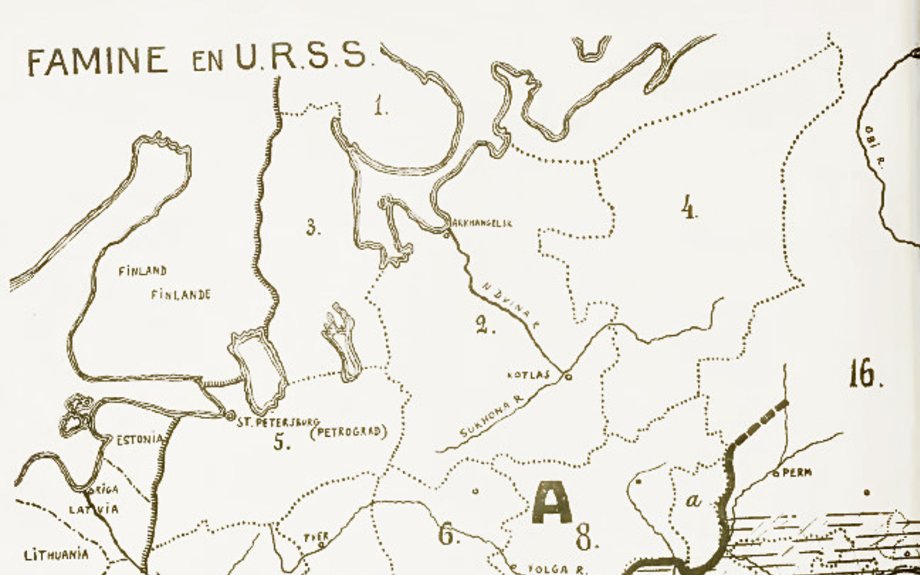 I chose this source because it proved that the policy of Collectivisation was uneffective as it led to the Great Famine (1932-1933). Based on contextual knowledge, the policy was a failure (despite being viewed by Stalin as a success) because the land and the distribution of crops were all controlled by the state, which angered the Kulaks. They resisted and opposed collectivisation as they would lose their crops and land. Hence, in opposition, the Kulaks killed their own animals, burnt their grain and produce, and hid or buried their crops in the ground to prevent them from being taken over by the state. Peasents who produced low quantities or were absent from work, or refused to join the Collectivisation were punished. Since so many peasents resented the policy, it led to a huge drecrease in production, which ultimately led to the Great Famine.

Hence, since Stalin did not take into consideration of the peasents' ideas and views toward it, most of the things were forcefully taken from the peasents and that it can be regarded as a failure as it led to the Great Famine, Stalin's leadership affected USSR negatively. 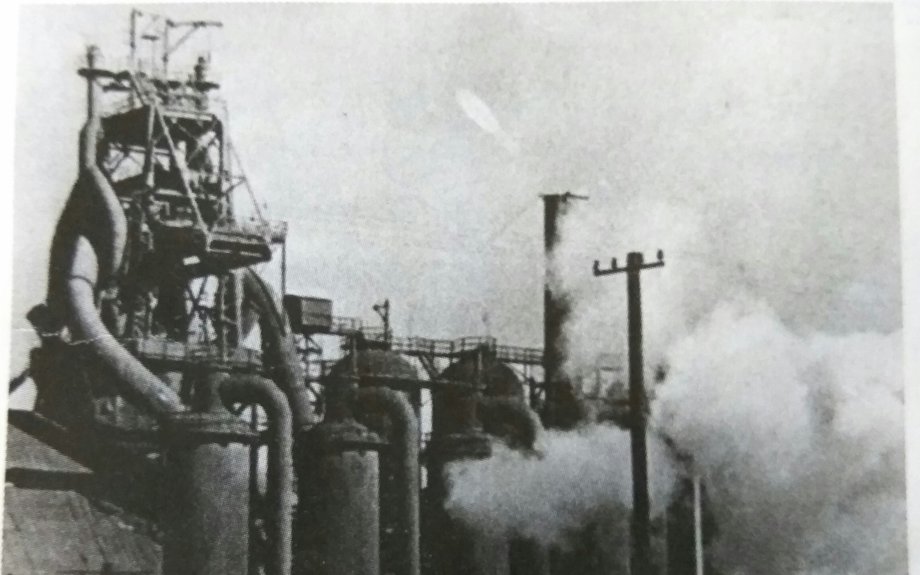 Evaluation of the Five-Year Plans

The photo shows an industrial ctiy, Magnitogorsk, which was developed in the Ural mountains. It was the largest iron and steel producer in the Soviet Union. The photogragh shows the blast furnace at Magnitogorsk.

I chose this source as it depicts that the Five-Year Plans were generally depicted as a success as despite the Great Famine and other shortcomings, it nevertheless helpd to propel the Soviet Union forward to become as industrial base for powerful arms industry. The industiral city shown in the picture is a clear evidence that USSR has developed a lot. Despite many failures, the state still managed expand the economy and industries and make Russia a economically-vibrant and modernised country.

Hence, since the development of the economy was generally a success, Stalin is a saviour of the USSR in terms of the economic aspect. 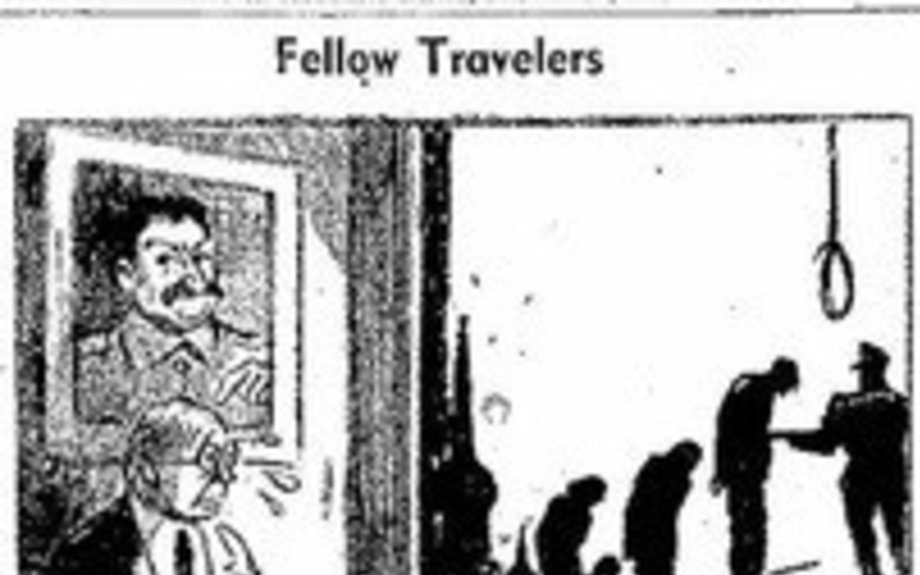 This political cartoon showed that under Stalin's rule, people lived in fear and large numbers of people were executed.

I chose this source because this is clearly evident that under Stalin's rule,
peace and harmony were greatly disrupted. Based on contextual knowledge, Stalin used purges and show trials to consolidate his power and to get rid of any opposition. This applied not only to the people, but also to the Red Army (coupled with evidence above saying 'Red Satellite Public Official '). Due to the fact that the Red Army respected and was loyal to Trotsky as he led them to victory in the civil war, Stalin needed an army that was loyal to him alone. Hence, high-ranking commanders and huge numbers of Red Army officers were accused of treason, tortured into confession and shot.

Hence, the Red Army commanders and officers were murdered just because of the fact that they had connection with his political rival, Trotsky, the state lost more than half of the most experienced army officers and commanders, there was no strong leadership for the inexperienced soldiers which ultimately affected their ability to prepare for WW2. Because of all these, we can clearly see that Stalin affected the lives of Russians very badly. 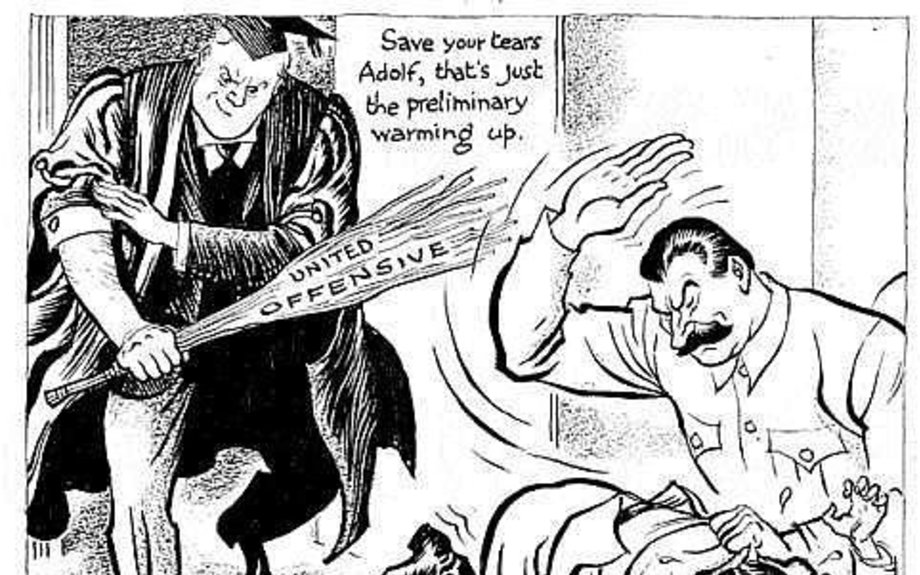 From the above political cartoon, we can clearly see that people are seemingly forced to confessed the crimes that they have committed by beating them up.

I chose this source because based on contextual knowledge, many people who were tried were often confessed to crimes they did not commit after being tortured or having their family threatened. This means that they are innocent and they are being beaten up for no reason. This also clearly shows that fear has became as aspect of the Soviet people's everyday life as they can be ill-treated even with or without the slightest indication of anti-Stalin .

Hence, because of the negligence, cruelty and ill-treatment of the Soviet people, Stalin harmed the Russians' well-being intensely. 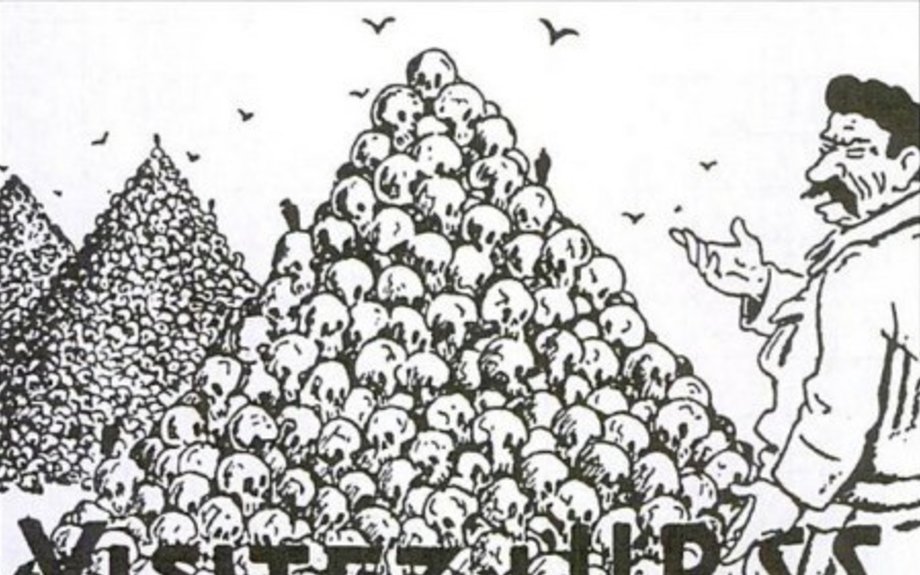 From the political cartoon shown above, we can clearly see that Stalin was a cruel and heartless man
I chose this source because this is clearly evident that hundreds of thousands of people had died under the hands of Hitler. This killings must have been the result of the purges during the Great Terror. Stalin. in the picture, seemed to find the killings like it is not a big deal, proving that he is a cold-blooded and evil human-being. Additionally, he is killing all these innoncent lives just for his own good, which is to rise to supreme power and to be so powerful that opposition against him was almost impossible.
Hence, since Stalin used all these cruel ways just thinking of his own self selfishly and that he killed so many people, he affected USSR in the negative way. 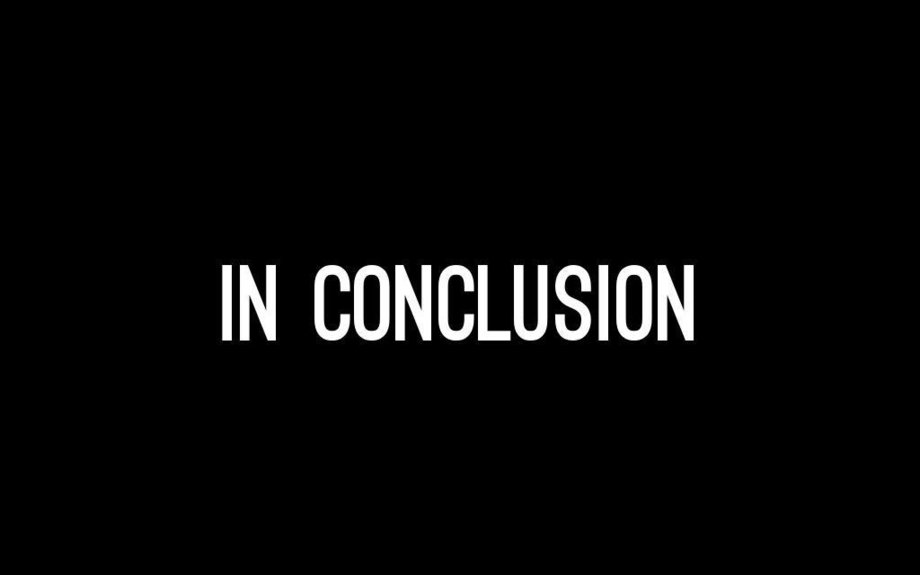 Despite the fact that Stalin had help boost the Soviet Union's economy greatly, we have to put into consideration that he had killed thousands of millions of innocent people. He had never thought about the people's well-being and only ill-treated them and forced the Soviet people to do whatever he wanted, making them live in fear every single day as a result. Since there are more evidences of negative impacts than positive impacts, I can conclude that Stalin was NOT a saviour of the USSR.