What is happening with the Congo locals?

This information is titled Gross Domestic Product. We found this information from Google. GDP means gross domestic product. GDP is the best way to measure a country’s economy. In 2010, before the conflict with Virunga, the Congo’s GDP was 20.5 billion. To compare it to the US's, ours was 14.9 trillion. During the conflict, in 2015, the Congo’s GDP was 36.1 billion. So, their GDP went up. In 2015, the US’s GDP was 18 trillion. Ours went up as well. As you can see, we have a considerably greater amount of GDP than the Congo.

Congo with $24 Trillion in Mineral Wealth BUT still Poor

This article’s title is Congo with $24 Trillion in Mineral Wealth BUT still Poor. DRC potentially can be the richest country in the world. The Congo has a mineral wealth of $24 trillion. Recently, a campaign is trying to stop the production that can be termed as “blood mobile phones.” Attempts are being made to ensure that mobile phones manufacturers stop using coltan, a leading cause of the conflict, that is sourced there. 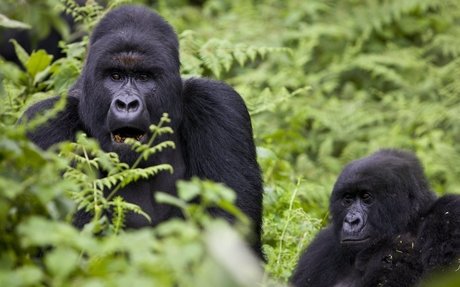 The title of this article is Congolese Activists Honored For Fighting Oil Exploration In Virunga National Park. SOCO is an oil company. Some villagers who challenged SOCCO's activities were beaten by government soldiers. The World Wildlife Fund maintained that SOCO’s activities throughout the congo were prohibited by international law. Many fishermen that fish on Virunga’s Lake Edward had been adamantly opposed to the seismic testing the company conducted in the lake, because it threatens their livelihood. The author of this article is ALEXANDRA STARR and it was written on October 30, 2015.