By: Jack McKinney Period : 1 English 3A 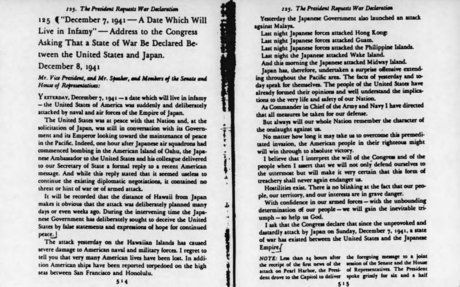 This was our former president Franklin D Roosevelt’s speech right after the attack on pearl harbor. He talks about the attack and the necessary actions that must take place. According to Roosevelt it was completely a surprise and was not acknowledged by anyone before hand. The distance from Hawaii to Japan is far and this lead the nation to believe that this attack was carefully and deliberately planned out for weeks. This attack caused a lot of damage to American naval forces. He states that “No matter how long it may take us to overcome this premeditated invasion, the American people in their righteous might will win through to absolute victory” (Roosevelt). This lead the nation to understand that Roosevelt plans on taking offensive action after this attack. In the end of this speech he says that Japan and the United States are now in a state of war. Overall, I thought that this speech was very well constructed and promoting to the idea of the U.S. entering the war. He very thoughtfully went over the topic of the bombing of Pearl Harbor in the beginning and later used it to his advantage to declare war against Japan. This is an informative speech and declarative making it a valuable source to better help the understanding of WW2 in the 40s. 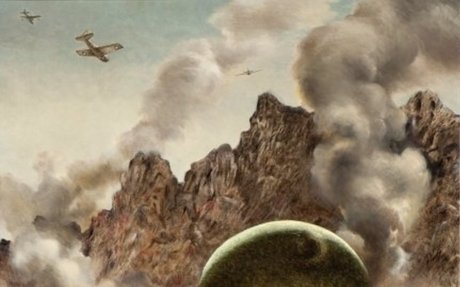 This painting is of a soldier staring into the distance. It was painted after “bloody nose ridge” an area that had loads of Japanese fighters and was held down predominantly. In the background of this painting you can see a tank, and multiple soldiers. Above the hilltop there are fighter planes in combat. I think that this painting really focuses on the stare that the soldier gives off. His eyes are a clear highlight in the painting and he appears to be looking in the opposite direction of the battle. This might be to give off the feeling of tiredness (from the war) and to be looking forward past the war. The stare almost seems as if it has no emotion or reasoning tied to it.

“World War II Through a Painter's Eyes: The Art of Tom Lea.” Time 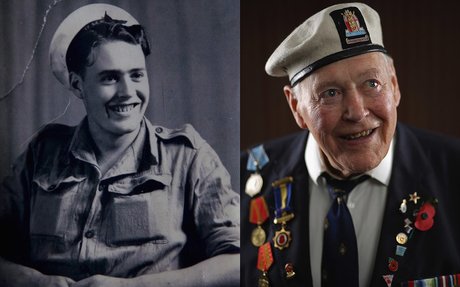 This interview covers the topic of WW2 and the man being interviewed is a veteran. He is asked a series of questions that have him reflect on his life and the war. He was drafted into the army for the war and fought. He explains his reaction before the war, during and after the war. It goes over his reaction to the attack on pearl harbor and what it was like at boot camp. Then finally, his entrance into the war. I think that this interview is a great source for somebody that wants to be placed in the shoes of a WW2 veteran. In detail, it overgoes a large useful amount of information. He also talks a lot about how his job was to train soldiers during this war. Weaponry was evolving during this period of time and tanks covered large areas of ground due to their armor and firepower. The bazooka was introduced as an anti-tank rocket launcher and he explains that he taught many soldiers how to use the weapon. 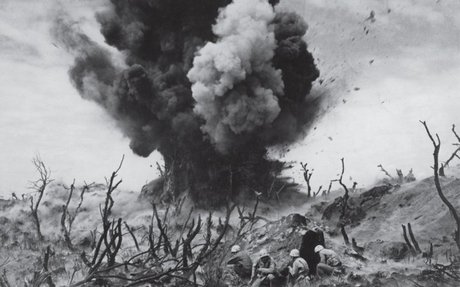 This photo uncovers the true destruction of world war 2. Devastation is a word that can be used to describe this photo. It seems like there is some sort of artillery strike occuring and the soldiers are taking cover. This was taken during the battle of iwo jima on a hillside near a japanese bunker. The lighting and setting is very dim and grey which gives off a depressing feel. Photojournalism in world war 2 mainly consisted of grim, dark, and vivid images. It also transpired into a form of story-telling and scene capturing evidence. 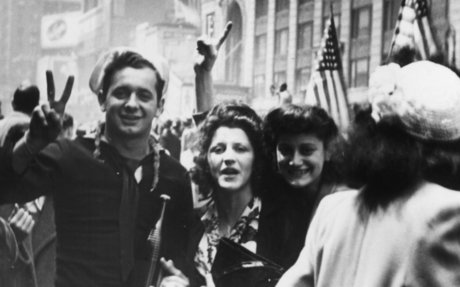 From the ashes of World War II's end (Opinion) - CNN

This is an opinion article on WW2 and talks about how the war was more than just one large scale war, but, “it included small wars waged inside bigger ones” (Ben-Ghiat). It talks about the many deaths and devastations that lead to the ultimate ending of the war. It is an opinion article because the writer covers the immoral points on the United States part such as sex slaves and abuse of the innocent. When the war ended this wasn’t immediately considered a controversial topic but soon after it created controversy. Humanitarians faced there biggest turn yet in helping millions upon millions of refugees. The aftermath of the war in certain countries was believably harder than the war itself. Factory jobs were beginning to die out leaving millions unemployed. The opinion seems to be that we were inevitably going to enter this war but we could’ve taken certain measures to ensure the better protection of the innocent and a more moral basis of taking action. 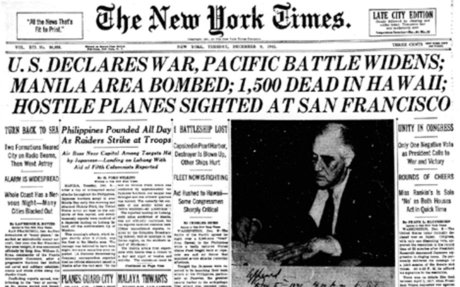 This journalistic article covers the topic of WW2, it’s an original newspaper published December 7th, 1941. It states the official declaration of war and the U.S. entering WW2. On December 7th, 1941, Pearl Harbor was bombed by the Japanese. Although Germany’s invasion of Poland started in 1939 the U.S. did not officially enter the war until about two years later. It speaks a lot about the agreement between the house and the senate entering WW2 and how the majority of the U.S. started preparing for yet another large scale war (after WW1). President Roosevelt states that “The people of the United States have already formed their opinions and well understand the implications to the very life and safety of our nation” (Roosevelt). Our nation full-well knowing the inevitable war against Japan and the nazis has finally began. Overall, I think this article is very sufficient in information covering the beginning of WW2. It is published by the New York times (extremely reliable back then and still today) and gave the nation probably the biggest “heads up” in history as to the means of the initiation of WW2.